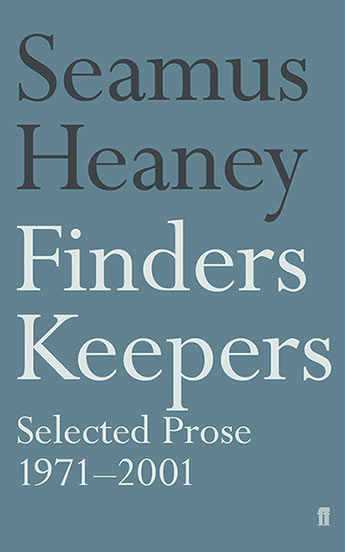 Download cover
Availability: Not available to order from this website, please try another retailer
Finders Keepers is a gathering of Seamus Heaney's prose of three decades. Whether autobiographical, topical or specifically literary, these essays and lectures circle the central preoccupying questions: 'How should a poet properly live and write? What is his relationship to be to his own voice, his own place, his literary heritage and the contemporary world?'
More books by this author