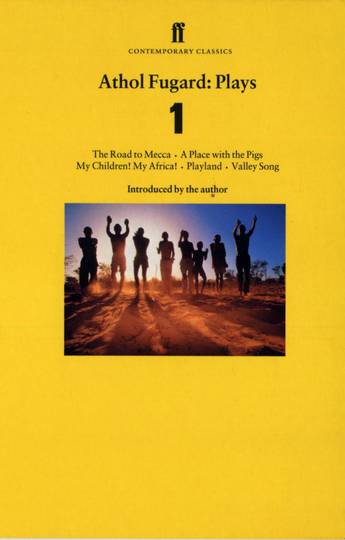 Download cover
Availability: Temporarily unavailable from this website, please try another retailer
This collection of Athol Fugard's plays confirms his reputation as 'South Africa's most accomplished playwright' (The Times).The collection includes the plays The Road to Mecca, A Place with the Pigs, My Children! My Africa!, Playland and Valley Song, and is introduced by the author.
More books by this author

Athol Fugard was born in Middelburg, South Africa in 1932 and grew up in Port Elizabeth, the setting for many of his plays. After spending two years at the University of Cape Town and working as a deck hand, Fugard took up acting and then started to write his own plays. He moved to Johannesburg in 1958, where he set up a multi-racial theatre, for which he wrote, directed and acted. His plays and attacks on apartheid have brought him into conflict with the South African government, and in 1962 he supported an international boycott against the practice of segregation of theatre audiences.Athol Fugard still lives in Port Elizabeth, and also has a home in New York. Many of his plays are published by Faber in its Contemporary Classics series.