The Little Book of Paris

The Romance Capital of the World 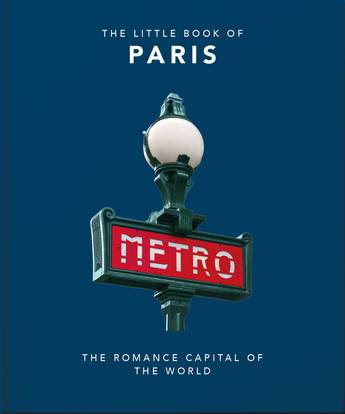 A compilation of some of the things that make Paris one of the most beautiful, iconic cities in the world and makes Parisians some of the most feared and fascinating hosts. Includes a look at the city's history and iconic culture.

Paris has long been in the top three of the most visited cities in the world, attracting a record-breaking 38 million visitors in 2019. However, behind the glamour and shimmer of this iconic city, Parisians are under pressure. The city is expensive, overcrowded, polluted and full of tourists. But Paris remains a dream city for most citizens of the world. Its beauty and its charm, mixed with its raw and rugged character, are fascinating.

It is an awe-inspiring mystery. In this book, you will learn how the river Seine shaped Paris's history, and how the city then built itself around that central area and survived the world wars. Featuring a comprehensive look at the city's iconic landmarks and museums, such as the Sacre Coeur, la Tour Eiffel, the Louvre, and L'Atelier des Lumieres, as well as the world-famous restaurants and haute couture brands. This book is for Paris lovers, but also for those who have yet to visit or those desperate to return.
More books by this author More books in this series
Category: Humour & Gift
ISBN: 9781800690257
Table Of Contents: A Brief History: An overview of the city's history, covering the Gauls/Roman times, medieval times, the French Renaissance, the Enlightenment, the French Revolution, Napoleon, WW1 and WW2 and modern Paris. - Paris's Landmarks: A spotlight on the iconic landmarks which help make Paris one of the most visited cities in the world: Le Sacre Coeur, Le Louvre, la Tour Eiffel, Centre Pompidou, L'Arc de Triomphe etc... - Art, Culture and Notable Parisians: Paris as a literary hub (Baudelaire, Victor Hugo, Honore de Balzac, Ernest Hemingway) as well as the city's galleries and museums, famous musicians and artists synonymous with Paris (Monet, Toulouse Lautrec, Picasso, Edith Piaf). - 'Paname' and Parisian Chic (traditional Paris lifestyle): 'Paname' is the common nickname of Paris. The city life would not be vibrant without its neighbourhoods (quartiers), its iconic cafe terrasses, bookstalls by the Seine, open-air markets, views onto rooftops and the much-revered catacombs. - Getting Around: Paris is one of the most walkable cities in the world, so here we'll list some interesting routes to take through the city (including bike routes), along with information about Paris's much loved/hated metro, and the new means of transport, velib and trottinettes (scooters). - Secret Paris: Quirky and memorable facts about the city that the reader won't be able to resist telling their friends.
Publisher: Welbeck
Imprint: Orange Hippo
Page Extent: 192
Format: Hard Cover
Subject: Travel tips & advice: general