The Book of Fred

The Most Outrageously Entertaining Book of the Year 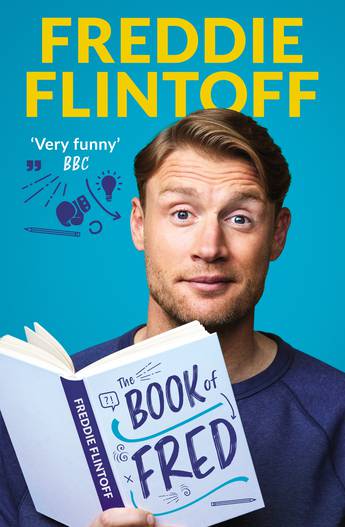 This isn't a book of life lessons. It's not going to tell you make your bed, or stand-up straight, or any of that. There's no blueprint to follow here. But, at forty-three years of age, and with a bit more time on his hands than usual, Freddie Flintoff has had a moment to reflect, and he's noticed that although there's been little method in the madness, there has been the occasional common thread.
The Book of Fred is filled with anecdotes, observations and the odd opinion all told with Fred's trademark humour and no-nonsense style. Fred's approach to life draws on the sublime (his series winning performance in the 2005 Ashes), and the ridiculous (singing Elvis Presley's 'Suspicious Minds' in front of a live audience), from highs (making the transition to top TV presenter) to occasional lows (accidently upsetting the lovely Bruce Forsyth), from the profane (discussing Shane Warne's barnet with Hollywood royalty) to the profound (why 'having a go' leads to self respect).
Throughout, Fred shares his code for success, happiness and a life fully lived, gleaned from half a lifetime of hard yakka on the wicket, in the dressing room, behind the wheel, in the boxing ring, and even treading the boards of a stage musical. And gives his readers a laugh, some joy, and (the occasional) pause for thought along the way.
More books by this author

Andrew 'Freddie' Flintoff (MBE) is a bestselling author, broadcaster and former England international cricketer. He lives with his wife, Rachael, and their four children. Freddie won BBC Sports Personality of the Year in 2005. Following his retirement from sport, he joined the panel of BAFTA-winning A League of Their Own and now is a presenter on BBC's ever-popular and award-winning Top Gear. He has presented documentaries and interviewed some of the world's most famous figures. He has written for newspapers, fronted his own radio show and had a hugely successful podcast, Flintoff, Savage and the Ping Pong Guy.