The Voice of Anfield 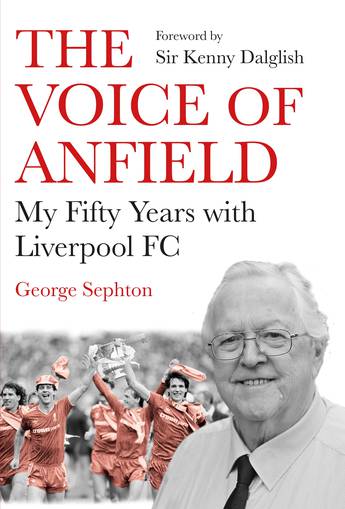 A definitive and entertaining fan's-eye view of Liverpool Football Club by the man who has been the Anfield stadium announcer for 50 years.

George Sephton's relationship with Liverpool Football Club began in 1971 when he wrote to the club secretary applying to be the stadium announcer. His first match also marked the debut of Kevin Keegan. For the past fifty years, Sephton has been at Anfield for all but a handful of home fixtures, as well as travelling with the team to major finals.

From the highs of winning numerous league titles and European Cups, to the lows of Heysel and Hillsbrough, Sephton has been with Liverpool through it all. From encounters with great managers and legendary players - from Bill Shankly to Kenny Dalglish, John Barnes to Jurgen Klopp, he tells his unique and entertaining story of the greatest club in the world.
More books by this author

George Sephton is a stadium announcer, matchday DJ and after dinner speaker. He is popularly known as 'The Voice of Anfield'.