The Shock of Recognition

The books and music that have inspired me 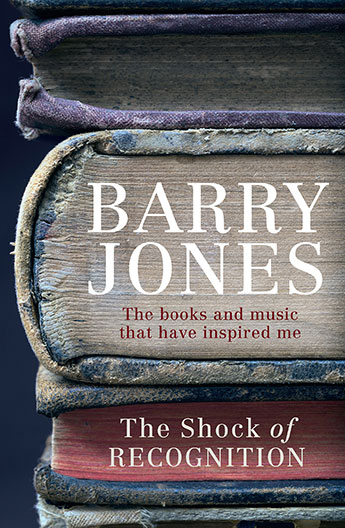 With all his generosity, Barry Jones shares his love of the great literature and music of the world.

'How much time do I have left? A hundred days? A thousand? If I knew I was going to die next week but could be taken to see The Marriage of Figaro tonight, would I go? Absolutely.'

In a long and generously lived life, Barry Jones has been on an endless quest to share the extraordinary and the beautiful, to encourage the pursuit of an abundant life of reading and listening.

Following the publication of A Thinking Reed, he was staggered by the response to his lists of the great works that have had the most profound effect on his life and thinking. Here he expands on those lists to write about the literature and the music that has inspired him. With no claims to objectivity, he urges us to take the plunge, to rattle the bars of the cage and expose ourselves to the music of Hildegard of Bingen, Johann Sebastian Bach, Mozart and Beethoven, Schubert, Wagner, Mahler, Ravel and Stravinsky as well as the writings of Homer, Dante, Chaucer, Montaigne, Cervantes, Shakespeare, Sterne, Tolstoy, Proust, Joyce, and Beckett among many more.

Eagerly awaited by his many followers, The Shock of Recognition is a deeply considered, richly rewarding and often very funny journey of the mind.
More books by this author

Hon. Dr Barry Jones is a writer, broadcaster and former Labor member of both the Victorian and Federal parliaments. Australia's longest serving Science Minister (1983-90), he served as National President of the Australian Labor Party from 1992 to 2000 and again in 2005-06. He is the only person to have been elected as a Fellow of all four Australian learned academies: Technological Sciences and Engineering in 1992, the Humanities in 1993, Science in 1996 and Social Sciences in 2003. He was also a member of the Executive Board of UNESCO in Paris (1991-95), Vice-President of the World Heritage Committee (1995- 96) and a consultant for the OECD. Foundation Chair of the Australian Film, Television and Radio School, a board member of CARE Australia for 20 years, for a decade he chaired both the Port Arthur Historic Site and Vision2020Australia. He was awarded an AC in 2014. His most recent book is A Thinking Reed, published by Allen & Unwin.

PART I MUSIC, THE FOOD OF LOVE

7. FROM HOMER TO DANTE

8. LADY MURASAKI AND THE TALE OF GENJI

10. MONTAIGNE, EXPLORER OF SELF

15. PROUST'S IN SEARCH OF LOST TIME