The Language of Thieves

The Story of Rotwelsch and One Family's Secret History 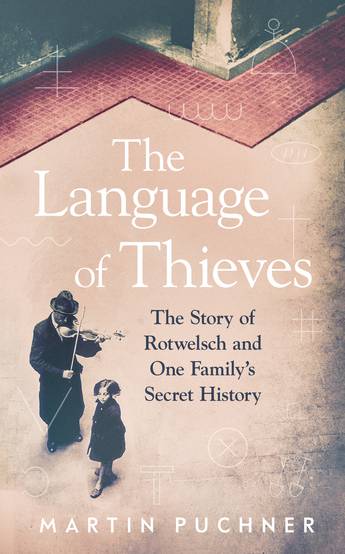 The story of the secret language of Central Europe and its legacy on the author's hidden Nazi family history, from the author of The Written World.

Since the Middle Ages, vagrants and thieves in Central Europe have spoken Rotwelsch, a secret language influenced by Yiddish and written in rudimentary signs. When Martin Puchner inherited a family archive, it led him on a journey into this extraordinary language but also into his family's connections to the Nazi Party, for whom Rotwelsch held a particular significance.

A riveting story of the mindset and milieu of Central Europe and of the way language can be used to evade oppression, The Language of Thieves is also a deeply moving reckoning with a family's buried past.
More books by this author

Martin Puchner holds the Byron and Anita Wien Chair in Drama, English and Comparative Literature at Harvard University. He has published over a dozen books, collections, and anthologies, including The Written World (Granta, 2017) and is the general editor of the six volume Norton Anthology of World Literature, used by students worldwide. He has written for the London Review of Books, Raritan Review, Bookforum and N+1.