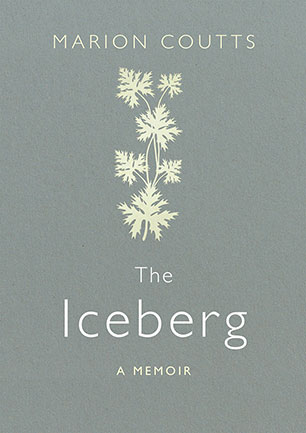 Beautifully written and full of unflinching truth, The Iceberg is a memoir which will leave an indelible mark on all who read it.

In 2008, Marion Coutts' husband, the art critic Tom Lubbock, was diagnosed with a brain tumour, and told that he had not more than two years to live. The tumour was located in the area of the brain controlling speech and language, and would eventually rob him of the ability to speak. Tom was 53 when he died, leaving Marion and their son Eugene, just two years old, alone. In short bursts of beautiful, textured prose, Coutts describes the eighteen months leading up to her partner's death; an account of a family unit under assault, and how the three of them fought to keep it intact.

The Iceberg is an unflinching, honest exploration of staring death in the face, finding solace in strange places, finding beauty and even joy in the experience of dying. Written with extraordinary narrative force and power, it is almost shocking in its rawness. Nothing is kept from the reader: the fury, the occasional spells of selfishness, the indignity of being trapped in a hopeless situation. Yet out of all of this pain, comes an uplifting and life-affirming tale of great fortitude, courage, determination - and above all love. The Iceberg is a testament to the bravery of Tom, and Marion, and how together, with Eugene alongside them all the way, they faced up to his final journey together.
More books by this author

Marion Coutts is an artist and writer. She wrote the introduction to Tom Lubbock's memoir Until Further Notice, I am Alive, published by Granta in 2012. She is a Lecturer in Fine Art at Goldsmiths College and lives in London with her son.