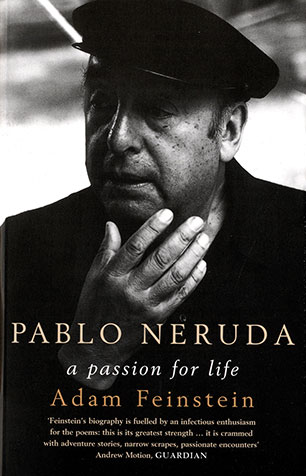 More than thirty years after Pablo Neruda's death, his poetry continues to be read all over the world. His range is vast: from the lyricism of Twenty Love Poems and a Song of Despair and the melancholy of Residence on Earth to the direct simplicity of the Elemental Odes and the epic grandeur of the Canto General. Few Nobel laureates have enjoyed such enduring popularity. Pablo Neruda was a complicated man, both politically and emotionally. In this first authoritative biography, Adam Feinstein draws on revealing interviews with his closest friends, acquaintances and surviving relatives, as well as newly discovered documents. He follows Neruda's life from a sickly childhood in Chile to political engagement and literary fame, until his death in 1973, within days of the death of Salvador Allende in the coup that brought Pinochet to power. This biography is the first full and lively portrait of the man whose dramatic times, dynamic poetry, commitment to social justice and joie de vivre make his an iconic life of the twentieth century.
More books by this author

Adam Feinstein has published articles on Spanish and Latin American literature in many newspapers and magazines, and has translated the work of Federico Garcia Lorca and Mario Benedetti for Modern Poetry in Translation. He has worked for the Latin American Service of the BBC and has been a London correspondent for one of Spain's leading national daily newspapers, El Mundo. During his work on this book, he received awards from the Wingate Foundation and the Leverhulme Trust. He lives in London with his wife and three children.