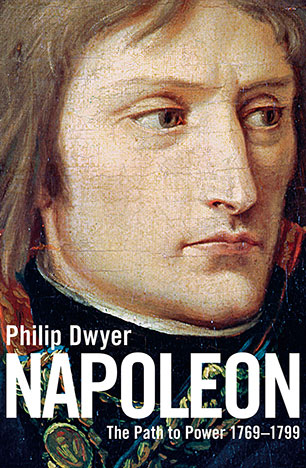 The first volume of a groundbreaking and innovative popular biography of Napoleon Bonaparte, one of history's most complex and charismatic leaders.

Napoleon Bonaparte's rise to power was neither inevitable nor smooth. It was full of mistakes, wrong turns and pitfalls. Napoleon's identity during his formative years was shifting, his character ambiguous, and his intentions often ill-defined. As a young inexperienced general, he covered up his defeats and exaggerated his victories. He never hesitated to blame others for his own failures and failings. He was, however, highly ambitious, and it was this drive that others noticed and that allowed him to advance his career and his social status.

One of the first truly modern politicians, Napoleon was a peerless manipulator of the media of his time, so that he was able to build an image of himself that laid the foundation of the legend that was to follow.
More books by this author

Philip Dwyer studied under France's pre-eminent Napoleonic scholar, Jean Tulard and is now lecturer in Modern European History at the University of Newcastle. He was the editor of Napoleon and Europe (Longman, 2001) and author of Talleyrand (Longman, 2002).