How I brought serial predator Delroy Grant to justice 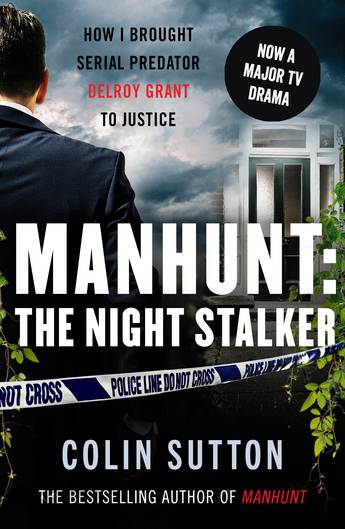 What does it take to catch a predator who has terrorised southeast England for over fifteen years?

Delroy Grant - dubbed the Night Stalker - was one of the nation's most wanted men, a shocking sex predator. During his seventeen-year reign of fear, he established a clear MO. Target an elderly woman, living alone. Visit them at night. Remove a window pane and slide in. Unscrew the lightbulbs. Cut the power at the electricity meter. Rip out the telephone wires. Tiptoe to the bedroom. Wake the victim by shining a torch in their eyes. What followed for his terrified victims was often unspeakable.

When SIO Colin Sutton was drafted into the case, Grant had been at large for over a decade. Stepping up where others had failed, he began the determined, relentless police work that had marked the end for infamous serial killer Levi Bellfield. Case by case, clue by clue.

Night Stalker is the chilling true story of one of the most testing manhunts the Metropolitan Police have ever undertaken. It is a glimpse into the heart of darkness - and into the mind and work of the brilliant detective who brought one of London's most feared monsters to justice.
More books by this author

Colin Sutton was a Senior Investigating Officer in the Metropolitan Police from January 2003 to January 2011, leading more than thirty successful murder investigations, notably the Levi Bellfield case and the successful re-investigation of the seventeen-year reign of terror of the 'Nightstalker' Delroy Grant. His first book, Manhunt, was a Sunday Times bestseller.