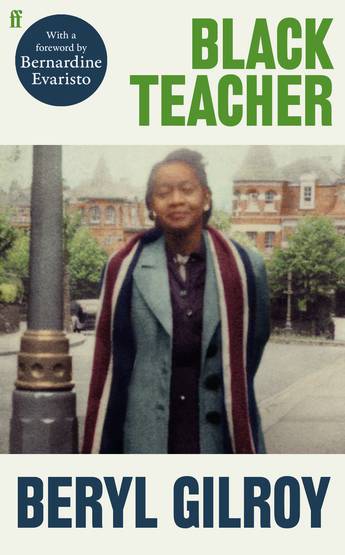 Introduced by Bernardine Evaristo, this unforgettable memoir of a trailblazing Caribbean woman who forged a new life and career in post-war London is a rediscovered classic.

'Fresh and vital ... Full of wit, perceptiveness, humour and compassion ... A remarkable pioneer ... A hugely important memoir from the rare perspective of a black woman transported to the colonial motherland.' - Bernardine Evaristo

Working in an office amidst the East End's bombsites. Serving as a lady's maid to an Empire-loving aristocrat. Being repeatedly denied jobs due to the colour bar. Marrying an English man and raising two mixed-race children in suburbia. Becoming one of the first Black headteachers in Britain.

Beryl Gilroy's new life wasn't what she had expected. In 1952, she moved from Guyana to London to pursue her dream of teaching, only to experience Britain's racist post-war society. After finally securing a teaching post, she faced fear and curiosity from her pupils, bigoted abuse from parents, and semi-segregation among staff. But over the course of her trailblazing career, Gilroy only grew braver, learning the value of education in combating prejudice and rising to become a pioneering headmistress.

One of the only books ever published by a Caribbean woman in twentieth-century Britain, Gilroy's 1976 memoir is a lost classic. As vivid, entertaining, and unflinching today as it was almost fifty years ago, Black Teacher is a testament to how one woman's dignity, humour, and spirit transcended her era. Introduced by Bernardine Evaristo, it will inspire a new generation.
More books by this author

Beryl Gilroy was born in 1924 in British Guiana. She trained as a teacher in Georgetown before starting university in London in 1952. For years she was denied teaching employment due to the colour bar and worked as a maid and clerk before studying child development and a PHD in psychology. After finally entering the educational system, she rose to become the first Black female headteacher in Camden in 1969, and balanced teaching with raising a family. As well as her autobiographical novel Black Teacher (1976), Gilroy also wrote poetry, essays, and fiction, such as the prize-winning Frangipani House (1986) and In Praise of Love and Children (written in 1959 but rejected by publishers with male-dominated lists so only published in 1996) as well as Nippers, a pioneering multicultural series for children. Later, she held posts on the UK Race Relations Board, the Institute of Education, and a psychotherapy practice. She was described after her death in 2001 as 'one of Britain's most significant post-war Caribbean migrants.

Bernardine Evaristo, MBE, is the award-winning author of eight books of fiction exploring aspects of the African diaspora. Her novel Girl, Woman, Othermade her the first black woman to win the Booker Prize in 2019, as well as the Fiction Book of the Year Award, Author of the Year, and the Indie Book Award at the British Book Awards in 2020. She also became the first woman of colour and black British writer to reach No.1 in the UK paperback fiction chart. Her writing spans reviews, essays, drama and radio, and she has edited and guest-edited publications including The Sunday Time's Style magazine. Made an MBE in 2009. Bernardine is Professor of Creative Writing at Brunel University, London, and Vice Chair of the Royal Society of Literature. She lives in London with her husband. www.bevaristo.com @BernardineEvari