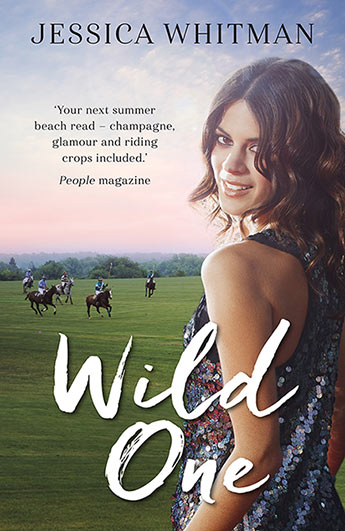 Love, scandal and seduction in the glamorous world of polo

When Katherine 'Kat' Parker wrote and directed a blockbuster movie she became Hollywood's 'It Girl' overnight - until with one flop she wasn't. Now Kat is back living in Florida trying to find the inspiration to write what she hopes will be her comeback screenplay.

Despite being an exceptionally talented polo player, Sebastian Del Campo has never shared his famous family's intense passion for the sport. He has, however, excelled at other polo-related activities - like partying hard and having liaisons with beautiful women.

When Sebastian meets Kat he finds her down-to-earth attitude refreshing. Keen to get to know her better, he regales Kat with stories of his trailblazing grandmother, Victoria, who was a pioneering polo player.

Kat's imagination is fired by Victoria's story and she realises she'd make a great subject for a screenplay. Seb agrees and the pair head to Hollywood to seek out funding for a film that could make or break both their careers - and their growing feelings for each other . . .

Fun, sexy and entertaining, this novel is about taking a risk to follow your passions in life - and love.
More books by this author More books in this series

Ignacio 'Nacho' Figueras is one of the most recognized men in the world as the global face of Ralph Lauren's polo line. Hailed by CNN as the 'David Beckham of Polo,' Figueras is also captain and co-owner of Argentina's awarding-winning Black Watch team. He has been featured on Oprah and 60 Minutes, and Vanity Fair readers voted him one of the most handsome men in the world. Nacho currently splits his time between Southern California and Argentina with his wife, Delfina, and their four children..