The Sun is God 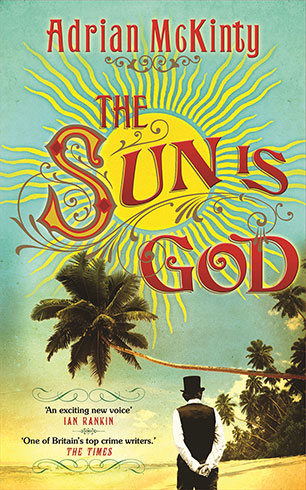 Based on real events, a story of murder set on the island of Kabakon in the South Pacific, against a backdrop of the Boer War.

It is 1906 and Will Prior is in self-imposed exile on a remote South Pacific island, working a small, and failing, plantation. He should never have told anyone about his previous existence as a military foot policeman in the Boer War, but a man needs friends, even if they are as stuffy and, well, German, as Hauptmann Kessler, the local government representative.

So it is that Kessler approaches Will one hot afternoon, with a request for his help with a problem on a neighbouring island, inhabited by a reclusive, cultish group of European 'cocovores', who believe that sun worship and eating only coconuts will bring them eternal life. Unfortunately, one of their number has died in suspicious circumstances, and Kessler has been tasked with uncovering the real reason for his demise. So along with a 'lady traveller', Bessie Pullen- Burry, who is foisted on them by the archipelago's eccentric owner, they travel to the island of Kabakon, to find out what is really going on.
More books by this author

Adrian McKinty was born in Carrickfergus, Northern Ireland, and grew up at the height of the Troubles. He studied law, politics and philosophy at university. In the early 1990s he moved to New York City where he worked in bars, bookstores and building sites. He now lives in Melbourne, Australia.

The first Sean Duffy novel The Cold Cold Ground won the 2013 Spinetingler Award, its sequel I Hear The Sirens In The Street was shortlisted for the 2013 Ned Kelly Award, and Sean Duffy Thriller #3, In the Morning I'll be Gone, won the 2014 Ned Kelly Award and was picked as one of the top 10 crime novels of 2014 by the American Library Association.