The Gods of Guilt 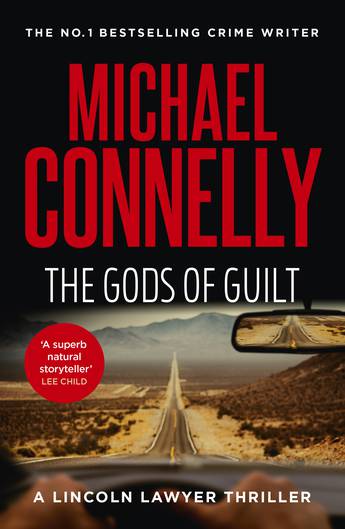 A haunting case from Michael Connelly, No. 1 bestselling author of The Law of Innocence.

Defence lawyer Mickey Haller gets the text, 'Call me ASAP - 187', and the California penal code for murder immediately gets his attention. Murder cases have the highest stakes and the biggest paydays, so Haller has to be at the top of his game.

When Mickey learns that the victim was his own former client, a prostitute he thought he had rescued and put on the straight and narrow path, he knows he is on the hook for this one. He soon finds out that she was back in LA and back to her old life. Far from saving her, Mickey may have been the one who put her in danger.

Haunted by the ghosts of his past, Mickey must work tirelessly and bring all his skill to bear on a case that could prove either his ultimate guilt . . . or his ultimate redemption.
More books by this author More books in this series

Michael Connelly's books have sold more than eighty million copies worldwide. They have been translated into forty languages and have won awards all over the world, including the Edgar and Anthony Awards. Michael Connelly has also been awarded the CWA Diamond Dagger, the highest honour in British crime writing.

He is the executive producer of the successful TV series Bosch, starring Titus Welliver, and the creator and host of the podcast Murder Book. He spends his time in California and Florida.