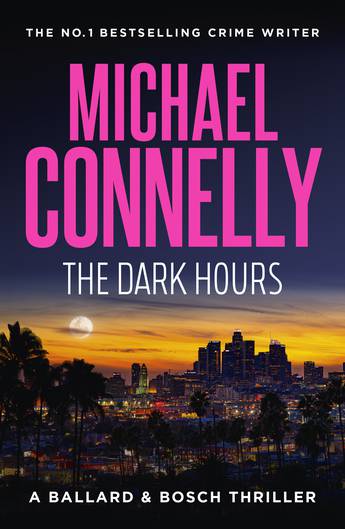 LAPD Detective Renee Ballard and Harry Bosch team up to find justice in this new thriller from No. 1 bestselling author Michael Connelly.

There's chaos in Hollywood on New Year's Eve. At the end of the countdown, LAPD Detective Renee Ballard seeks shelter from the traditional rain of lead as hundreds of revellers shoot their guns into the air. Minutes later, Ballard is called to a scene where a hardworking auto shop owner has been fatally hit by a bullet in the middle of a crowded street party. Ballard swiftly concludes that the deadly bullet could not have fallen from the sky and connects it with another unsolved murder - a case at one time worked by Detective Harry Bosch. Meanwhile, Ballard still hunts a fiendish pair of serial rapists, the Midnight Men, who have been terrorising women and leaving no trace.

Finding herself up against deadly inertia and foundering morale in a police department ravaged by the pandemic and recent riots, Ballard must look outside to the one detective she can count on: Harry Bosch. But as the two determined detectives join forces, they cannot relax their guard. The brutal predators they track won't hesitate to kill to keep their secrets hidden.

Unfolding with unstoppable drive and nail-biting intrigue, The Dark Hours shows that, 'Relentless on their own, Ballard's and Bosch's combined skills . . . could be combustible' (Los Angeles Times).


'This is unmatched crime writing at its summit.'
-The Australian

'Connelly is the real deal.'
-New York Times Book Review
More books by this author More books in this series

A former police reporter for the Los Angeles Times, Michael Connelly is the internationally bestselling author of thirty-six novels. He has created many genre-defining characters, including crime reporter Jack McEvoy, lawyer Mickey Haller and detectives Renee Ballard and Harry Bosch, the protagonists in this, Connelly's 2021 latest release The Dark Hours.

Michael Connelly's books have sold more than eighty million copies worldwide. They have been translated into forty languages and have won awards all over the world, including the Edgar and Anthony Awards and the CWA Diamond Dagger, the highest honour in British crime writing.

Connelly is the executive producer of the successful TV series, Bosch, which stars Titus Welliver and has aired its final (seventh) season in 2021. Meanwhile a spin-off series is in production, also starring Welliver as Harry Bosch. The Lincoln Lawyer titles are soon to become a major Netflix series starring Manuel Garcia-Rulfo as Mickey Haller.

Michael Connelly's true crime podcast Murder Book is available on most podcast apps or online at murderbookpodcast.com, and his podcast The Wonderland Murders is available through Audible.