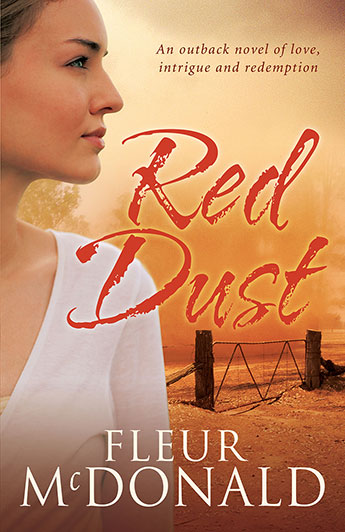 After the tragic death of her husband in a light-plane accident, Gemma Sinclair is left with the daunting task of managing the vast outback station he's bequeathed her. But she remains haunted by Adam's dying words, not to mention persistent whispers that Adam's death was not an accident .

Red Dust opens with Gemma Sinclair grieving the death of her husband, Adam, in a horrific plane crash and learning she's inherited the 10,000 hectare station his family has worked for generations.

Despite huge scepticism from surrounding landowners, Gemma decides not to sell Billbinya, disregarding Adam's dying words that he's in trouble and she must sell the station.

As if the job of keeping the station going isn't enough, a wave of innuendo sweeps through the local community about Adam's involvement in cattle and sheep duffing. There are even whispers the plane crash was no accident. A visit from the police confirms the rumours, with Gemma discovering that not only was Adam involved, but has indirectly implicated her by using Billbinya as a holding station for the stolen stock.

Intent on clearing her name, Gemma determines to get to the bottom of what was going on. In the process, she's shocked to discover the masterminds behind the duffing are two former school friends, and that a trusted stock agent and good friend are somehow involved.

When Gemma is finally cleared of any wrongdoing, she decides to put the past behind her and return to the family farm - a new love by her side.
More books by this author

Fleur McDonald has lived and worked on farms for much of her life. After growing up in the small town of Orroroo in South Australia, she went jillarooing, eventually co-owning an 8000-acre property in regional Western Australia.

Fleur likes to write about strong women overcoming adversity, drawing inspiration from her own experiences in rural Australia. She is the best-selling author of Red Dust, Blue Skies, Purple Roads, Silver Clouds and Crimson Dawn. She has two children and a Jack Russell terrier.