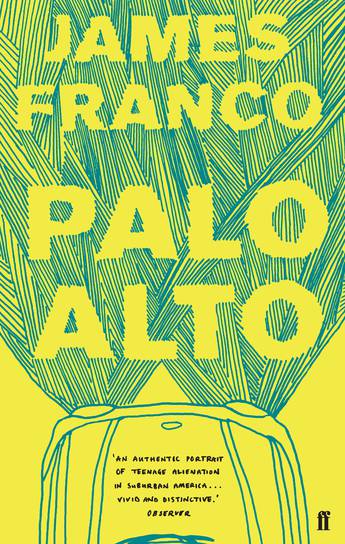 From acclaimed Hollywood actor/director James Franco comes a stunning work of fiction - the coming-of-age of a whole generation.

Palo Alto is the debut of a powerful new literary voice. Written with an immediacy and sense of place Palo Alto traces the lives of an extended group of teenagers as they experiment with vices of all kinds, struggle with their families and one another, and succumb to self-destructive, often heartless nihilism. Franco presents his characters in all their raw humanity, while at the same time providing insight into the teenage mind.

In the classic American tradition of story-cycles such as Sherwood Anderson's Winesburg, Ohio, Palo Alto presents a stark, vivid, disturbing, but, above all, compassionate portrait of lives on the rough fringes of youth.
More books by this author

As an actor James Franco won the Golden Globe award for his portrayal of James Dean in a tv biopic of the actor's life and has appeared in such diverse films as Pineapple Express and Milk. He plays the lead in Danny Boyle's new film 127 Hours and portrays Allen Ginsburg in Howl. He has collaborated with an artist called Carter in a conceptual film piece and has shown his work at the Dietch Projects in New York. Over the course of the last two years he has been awarded degrees in English Literature from UCLA, in Creative Writing from Columbia, in Filmmaking from NYU and has been accepted in the English Literature PhD program at Yale.