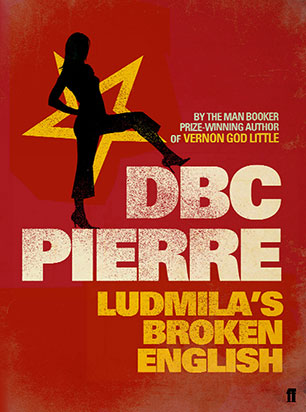 One Tuesday in May, the lives of Blair Albert and Bunny Marie Heath were to change course forever. Recently separated in a pioneering and desperately risky operation (the boys were conjoined anteriorly at the trunk), and with four weeks leave in London to acclimatise, the Heaths were suddenly at large for the first time in their lives. Meanwhile, with the death of a patriarch in a barren, war-torn corner of Russia's northern Caucases, Ludmila Ivanova Derev is sent out into the world to save her family from penury and starvation. Escaping on a tractor to the nearest town of any significance, she finds herself pictured on a local website advertising Russian brides to the West. A wild and raucous picaresque soaked-through with the flavours of British bacon and nasty Russian vodka, Ludmila's Broken English is a story of love, sex, death and tangoing twins on a mission into the unknown.
More books by this author

DBC Pierre was born in Reynella, South Australia. He was raised in Mexico between the ages of seven and twenty-three, although he has also travelled extensively. DBC Pierre has worked as a designer and cartoonist, and currently lives in Ireland. Vernon God Little, his first novel, won the 2003 Bollinger Everyman Woodhouse Award, the Whitbread Prize for Best First Novel, and the 2003 Man Booker Prize. His second novel Ludmila's Broken English will be published in March 2006.