with an introduction by Stephen King 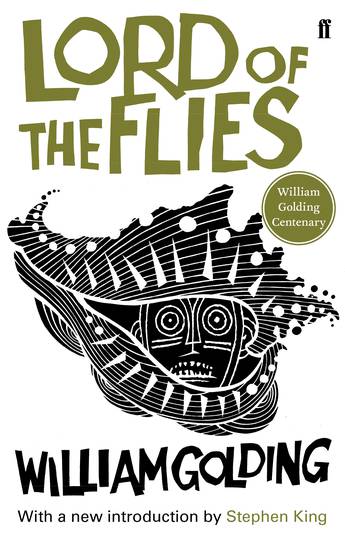 A plane crashes on a desert island and the only survivors, a group of schoolboys, assemble on the beach and wait to be rescued. By day they inhabit a land of bright fantastic birds and dark blue seas, but at night their dreams are haunted by the image of a terrifying beast. As the boys' delicate sense of order fades, so their childish dreams are transformed into something more primitive, and their behaviour starts to take on a murderous, savage significance.
More books by this author

William Golding was born in Cornwall in 1911 and was educated at Marlborough Grammar School and at Brasenose College, Oxford. His first novel, Lord of the Flies, was published in 1954 and was filmed by Peter Brook in 1963. He won the Booker Prize for his novel Rites of Passage in 1980, and was awarded the Nobel Prize for Literature in 1983. He was knighted in 1988. He died in 1993.