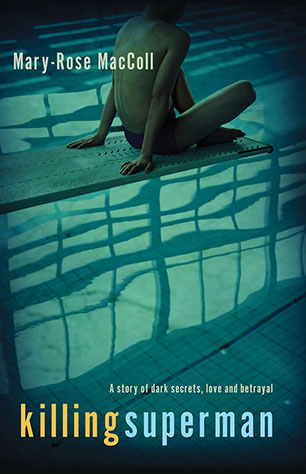 Killing Superman is a novel of betrayals, love, family grief and the effects of war. Scott's father has been pronounced dead. His sister believes it's him so why can't Scott? An intimate and stunning portrayal of a father-son relationship. ;;

He swings his right arm forward, a brief flick of the wrist so we see the Rolex Oyster watch, and takes up that unmistakable confidence of gait. He moves from the hips, legs forward, arms swinging, head high, and I know that marching that soldier s march towards me is my soldier father, who I haven t seen since I was fourteen, and at whose funeral I couldn t cry because I was so sure he wasn t dead.

Now in his thirties in Brisbane, Scott Goodwin has spent half his life chasing a shadow superman, believing his apparently dead father is alive somewhere. Scott meets journalist Emily Duval who might help him. But Emily has shadows of her own. When Scott sees his father on a beach in the south of France, he must confront the truth, about his father and about Emily.

This new novel from Mary-Rose MacColl is a subtle yet gripping story about the ties that bind and the grief of ordinary families.
More books by this author

Mary-Rose Maccoll grew up and lives in Brisbane. She has written stories and poetry since she was young. She has a degree in journalism and has worked as a cadet journalist, welfare worker, nursing assistant, supervisor of boarders and photocopier operator before moving into higher education administration in 1987. No Safe Place, Mary-Rose's first novel was runner-up in the 1995 Australian/Vogel Literary Award and was published in 1996. Her last book Angels in the Architecture was published in 1999.