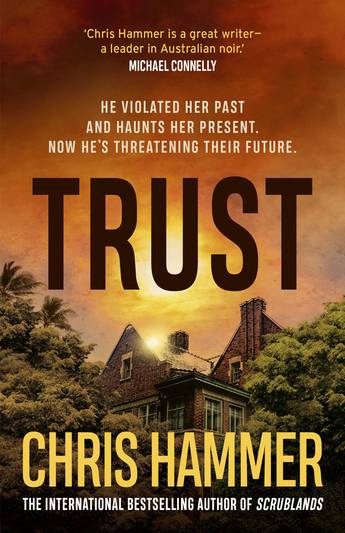 The third novel in the gripping Martin Scarsden trilogy. 'A tightly constructed and well-paced crime thriller that moves to a surprising and bloody finale.' Canberra Weekly

'This thrill ride of a story is everything we have come to expect and more.' Better Reading

Martin Scarsden's new life seems perfect, right up until the moment it's shattered by a voicemail: a single scream, abruptly cut off, from his partner Mandalay Blonde.

Racing home, he finds an unconscious man sprawled on the floor and Mandy gone. Someone has abducted her. But who, and why?

So starts a twisting tale of intrigue and danger, as Martin probes the past of the woman he loves, a woman who has buried her former life so deep she has never mentioned it.

And for the first time, Mandy finds denial impossible, now the body of a mystery man has been discovered, a man whose name she doesn't know, a man she was engaged to marry when he died. It's time to face her demons once and for all; it's time she learned how to trust.

Set in a Sydney riven with corruption and nepotism, privilege and power, Trust is the third riveting novel from award-winning and internationally acclaimed writer Chris Hammer.

'Just as riveting as his preceding two - gripping.' Herald Sun
More books by this author More books in this series

Chris has a bachelor's degree in journalism from Charles Sturt University and a master's degree in international relations from the Australian National University. He lives in Canberra with his wife, Dr Tomoko Akami. The couple have two children.