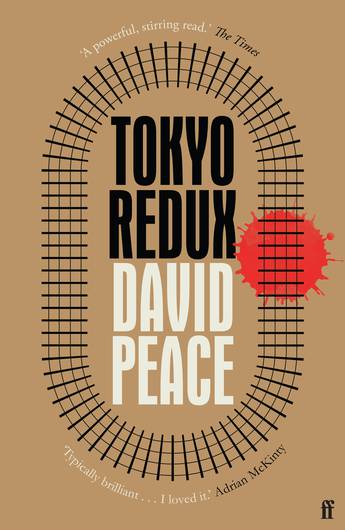 Described by The Times as his 'most James Ellroy-like book yet . . . a powerful, stirring read' the paperback of the final book of David Peace's Tokyo Trilogy, about one of Japan's great unsolved mysteries.

'A powerful, stirring read.' - The Times
'Typically brilliant . I loved it.' - Adrian McKinty
'The most stone-cold crime novel of 2021.' - CrimeReads

Fifteen years later, the city prepares for the 1964 Olympics and the global spotlight. Hideki Murota, a private investigator, is given a case which forces him to confront a crime he's been hiding from.

Over twenty years on, late 1988. The Emperor Showa is dying. Donald Reichenbach, an ageing American, knows the final reckoning of the greatest mystery of the Showa Era is down to him.

'I was knocked out, transported and lost in David Peace's Tokyo . an extraordinary novel.' - Hideo Yokoyama
'Many novels are hyped as "polyphonic", but Peace's now complete Tokyo trilogy truly is, brilliantly summoning forth multiple voices in the soundscape of a city gripped by seismic change.' - Guardian, Book of the Day
More books by this author

David Peace - named in 2003 as one of Granta's Best of Young British Novelists - was born and brought up in Yorkshire. He is the author of ten novels including the Red Riding Quartet, adapted for television by Channel Four in 2009, GB84, which was awarded the James Tait Black Memorial Prize, The Damned Utd, Red or Dead, which was shortlisted for the Goldsmiths Prize in 2013, and most recently Patient X. He lives in Tokyo.