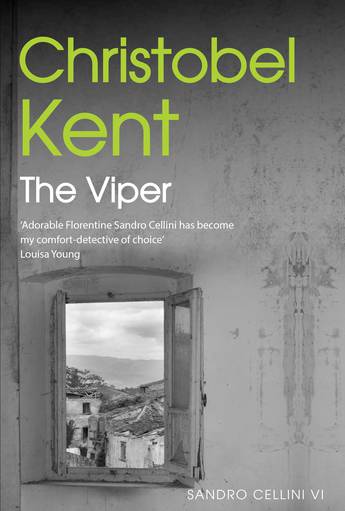 The final instalment of the Sandro Cellini series: a twisting psychological thriller set in a long-forgotten commune outside Florence.

Sandro Cellini hasn't set foot in La Vipera, a derelict farmhouse just outside Florence that was once home to a free-living commune, for forty years - until the discovery of two bodies nearby leads him back there.

At the start of his career, Cellini investigated an accusation that minors were being corrupted at La Vipera, but no charges were ever brought. Now, tasked with tracking down former members of the community, he has a chance to finally discover what really went on all those years ago.

But in order to learn the true nature of the commune's mission, he must face his own traumatic memories. As he sifts through the lies, those closest to him are placed in danger. Only Cellini can unravel the final mystery of La Vipera, and so protect those he loves.
More books by this author More books in this series

Christobel Kent's previous books include A Time of Mourning, A Party in San Niccolo, Late Season, A Florentine Revenge, A Fine and Private Place and The Dead Season. She lives near Cambridge with her husband and family.