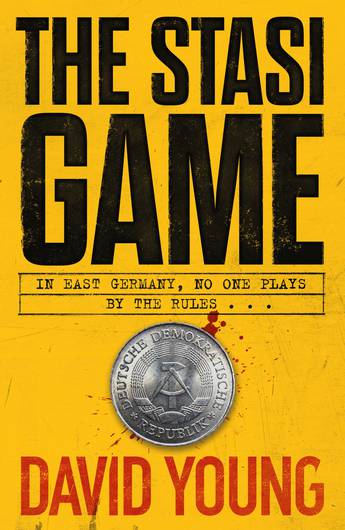 The East German Stasi and British MI6 clash as the discovery of a body points to a WW2 war crime, in the new Cold War thriller by the award-winning author of Stasi Child - for fans of Tom Rob Smith and Philip Kerr.

Dresden, East Germany, 1980 - A man's body is found buried in concrete at a building site in the new town district. When People's Police homicide captain Karin Muller arrives at the scene, she discovers that all of the body's identifiable features have been removed - including its fingertips.

The deeper Muller digs, the more the Stasi begin to hamper her investigations. She soon realises that this crime is just one part of a clandestine battle between two secret services - the Stasi of East Germany and Britain's MI6 - to control the truth behind one of the deadliest events of World War II.

The Stasi Game brilliantly fictionalises the true story of how Britain's wartime leaders justifed the fire-bombing of German city of Dresden, which many have since condemned as a war crime.
More books by this author

East Yorkshire-born David Young began his East German-set crime series on a creative writing MA at London's City University when Stasi Child - his debut - won the course prize. The novel went on to win the 2016 CWA Historical Dagger, and both it and the 2017 follow-up, Stasi Wolf, were longlisted for the Theakston Old Peculier Crime Novel of the Year. His novels have been sold in eleven territories round the world. Before becoming a full-time author, David was a senior journalist with the BBC's international radio and TV newsrooms for more than 25 years. He writes in his Twickenham garden shed and in a caravan on the Isle of Wight. The Stasi Game, his sixth novel, is available to pre-order now. You can follow him on Twitter @djy_writer