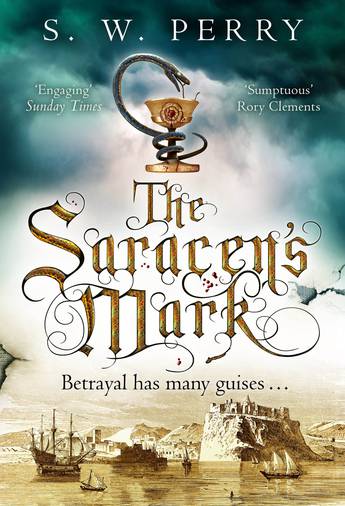 The third instalment of The Jackdaw Mysteries. A tale of conspiracy, murder and espionage in Elizabethan London and dazzling Marrakesh.

England, 1593: Five years on from the Armada and Elizabeth's kingdom seems secure. But there is always a plot afoot...

Robert Cecil, the Queen's spymaster, needs Nicholas Shelby - reluctant spy and maverick physician - to embark on an undercover mission once again. One that he can't refuse, if he wants to keep Bianca Merton safe.

Crossing the seas to Marrakesh in search of a missing informer, Nicholas hunts the dingy back alleys and dazzling palaces for the truth. But his search reveals a deadly conspiracy, one far more difficult to survive than he'd ever imagined.

Praise for The Jackdaw Mysteries, a CWA Dagger finalist series

'No-one is better than S. W. Perry at leading us through the squalid streets of London in the sixteenth century' - Andrew Swanston

S. W. Perry was a journalist and broadcaster before retraining as an airline pilot. His debut novel, The Angel's Mark, was listed for the CWA Historical Dagger and was a Walter Scott Prize Academy Recommended Read 2019. He lives in Worcestershire with his wife.