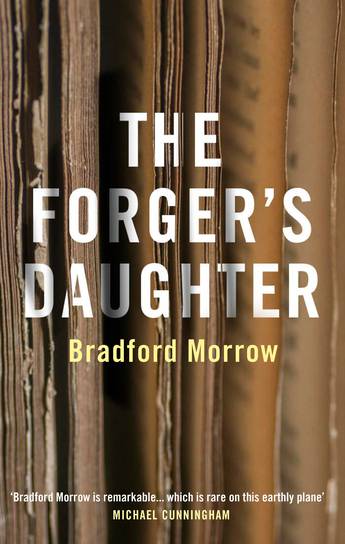 A brilliant and thrilling exploration of the passion that drives rare-book collectors to the razor-sharp edge of morality.

When a scream shatters the summer night outside their country house, reformed literary forger Will and his wife Meghan find their daughter Maisie shaken and bloodied, holding a parcel her attacker demanded she present to her father. Inside is a literary rarity the likes of which few have ever handled, and a letter laying out impossible demands regarding its future.

After twenty years of living life on the straight and narrow, Will finds himself drawn back to forgery, ensnared in a plot to counterfeit the rarest book in American literature: Edgar Allan Poe's first publication, Tamerlane. Facing threats to his life and family, coerced by his former nemesis and fellow forger Henry Slader, Will must rely on the artistic skills of his other daughter Nicole to help create a flawless forgery of this 1827 publication regarded as the Holy Grail of American letters.

Part mystery, part case study of the shadowy side of the book trade, and part homage to the writer who invented the detective tale, The Forger's Daughter portrays the world of literary forgery as diabolically clever, genuinely dangerous and inescapable, it would seem, to those who have ever embraced it.
More books by this author

Bradford Morrow is the author of eight novels, including Trinity Fields, The Diviner's Tale and The Prague Sonata, as well as a short story collection, The Uninnocent. He is the founding editor of Conjunctions and has contributed to many anthologies and journals. A Bard Center Fellow and professor of literature at Bard College, he lives in New York City.