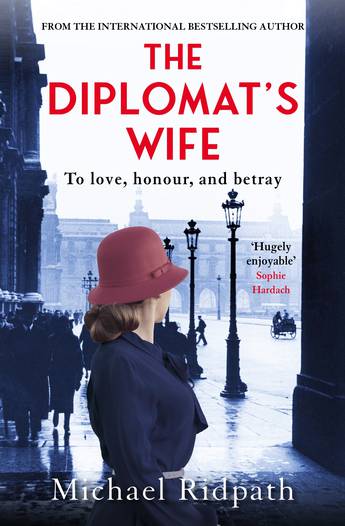 TO LOVE, HONOUR, AND BETRAY. A naive diplomat's wife encounters more than the light flirtation with communism she'd bargained for in pre-war Paris and Berlin. 40 years later, the past comes back to haunt her, with deadly consequences

TO LOVE, HONOUR, AND BETRAY...

1936: Devastated by the death of her beloved brother Hugh, Emma seeks to keep his memory alive by wholeheartedly embracing his dreams of a communist revolution. But when she marries an ambitious diplomat, she must leave her ideals behind and live within the confines of embassy life in Paris and Nazi Berlin. Then one of Hugh's old comrades reappears, asking her to report on her philandering husband, and her loyalties are torn.

1979: Emma's grandson, Phil, dreams of a gap-year tour of Cold War Europe, but is nowhere near being able to fund it. So when his beloved grandmother determines to make one last trip to the places she lived as a young diplomatic wife, and to try to solve a mystery that has haunted her since the war, he jumps at the chance to accompany her. But their journey takes them to darker, more dangerous places than either of them could ever have imagined...

'Thoroughly engaging. Prewar Europe has rarely been evoked with the skill that Ridpath displays here.' - Financial Times
More books by this author

Michael Ridpath spent eight years as a bond trader in the City before giving up his job to write full-time. He lives in North London with his wife and three children. Visit his website at www.michaelridpath.com