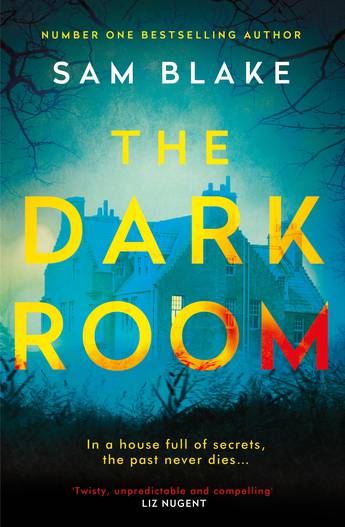 A pacey and thrilling tale from the author of the number one Irish Times bestseller, Keep Your Eyes on Me.

Rachel Lambert leaves London afraid for her personal safety and determined to uncover the truth behind the sudden death of a homeless man with links to a country house hotel called Hare's Landing.

New York-based crime reporter Caroline Kelly's career is threatened by a lawsuit and she needs some thinking space away from her job. But almost as soon as she arrives, Hare's Landing begins to reveal its own stories - a 30-year-old missing person's case and the mysterious death of the hotel's former owner.

As Rachel and Caroline join forces, it becomes clear that their investigations are intertwined - and that there is nothing more dangerous than the truth...
More books by this author

Sam Blake has been writing fiction since her husband set sail across the Atlantic for eight weeks and she had an idea for a book. Her debut novel, Little Bones, was No 1 in Ireland for four weeks, and was nominated for Irish Crime Novel of the Year. It launched the bestselling Cat Connolly trilogy. Her first standalone psychological thriller, Keep Your Eyes On Me, went straight to No 1 and its follow-up, The Dark Room was an Eason Ireland No 1 for three weeks.

Sam is originally from St. Albans in Hertfordshire but has lived at the foot of the Wicklow mountains for more years than she lived in the UK. She has two teenagers, three cats and lives in a 200-year-old cottage with an occasional poltergeist who moves things at the most inconvenient moments.

Follow her on social @samblakebooks. Visit www.samblakebooks.com for news and events and get a bonus free short story in audio & text when you subscribe to her newsletter.