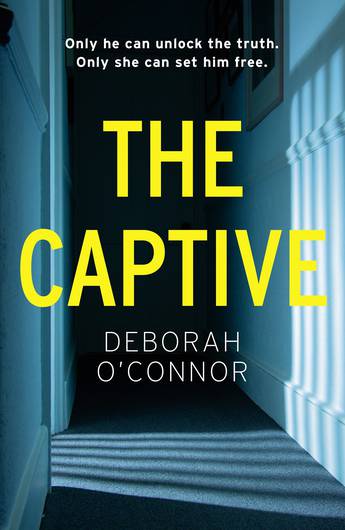 Only he can unlock the truth. Only she can set him free.

The most captivating thriller of 2021. A gripping high-concept thriller with a dark love story.

He killed her husband. Now he's living in her house...

Hannah is grieving the loss of her husband, a policeman who was brutally murdered. Jem was convicted of the crime. But under a new system he will serve out his twenty five year sentence in a cell in Hannah's house. There it is hoped he will learn the true cost of his terrible crime.

But who is the real captive? Jem, whose whole world is now confined to a few square feet - or Hannah, whose responsibility it is to look after her husband's killer?

As Hannah and Jem settle into their strange new situation, they begin to get used to their new routines. But then something happens. Jem tells Hannah he's innocent. He tells her something else too. That her husband had been lying to her.

Before long, the relationship between Hannah and Jem begins to shift, as Hannah questions everything she thought she knew. But was Jem really wrongly convicted? Or is he simply a desperate man, willing to say and do anything that might grant his freedom?

A brilliant, intelligent and intensely gripping thriller, The Captive will keep you guessing till the very end . . .
More books by this author

Deborah O'Connor is a writer and TV producer. She lives in North Yorkshire with her husband and daughter. Deborah's first novel was the bestseller My Husband's Son, followed by The Dangerous Kind. The Captive is her third novel.