The Blood of Crows 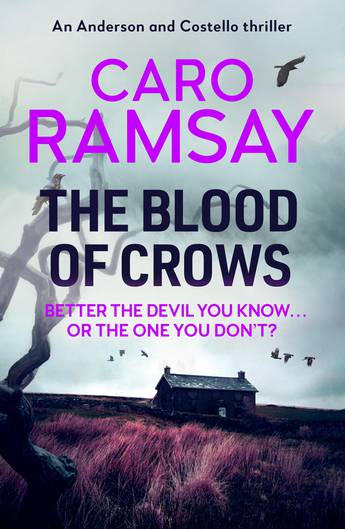 The fourth instalment in the Anderson and Costello series turns personal for Anderson as he fights to clear his name while investigating a series of brutal crimes targeting child victims.

For DI Colin Anderson, there's no such simple thing as right and wrong.

As his seemingly clear-cut conviction of paedophile Skelpie Fairbairn is declared unsafe, Anderson finds himself under investigation. Pressure on the DI mounts as an elusive criminal mastermind known as the Puppeteer seems to be the link in a series of alarming events: a gangster torched alive; a teenage boy tortured then dropped off a bridge; and the suicide of a cop working on a decades-old, unsolved child kidnapping.

When a young girl dies in Anderson's arms after being left to drown, he is at his wits' end. With Fairbairn as his only lead, is he prepared to dance with the devil to solve her murder?
More books by this author More books in this series

Caro Ramsay is the Glaswegian author of the critically acclaimed DI Anderson and DS Costello series, the first of which Absolution, was shortlisted for the CWA's New Blood Dagger for best debut of the year. The ninth book in the series, The Suffering of Strangers, was longlisted for the McIlvanney Prize 2018.