How Far Would You Go to Get What You Want? 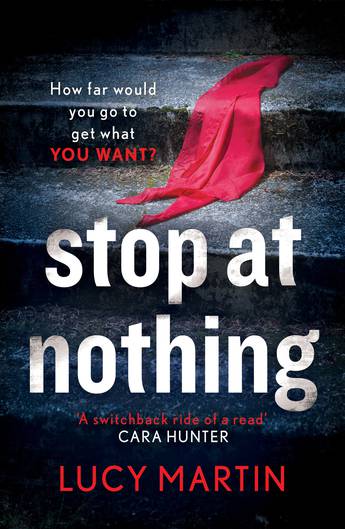 DS Veronica Delmar is called to investigate the case of Amie Slade, a young teenage girl abused by a caretaker at her school. But in this middle-class town, the manicured lawns and picket fences disguise a very different reality - and as DS Delmar digs deeper, she discovers uncanny parallels to her own life.

A detective sargeant is called to investigate the case of Amie Slade, a young teenage girl abused by a caretaker at her leafy suburban school. But in this middle-class town, manicured lawns and picket fences disguise a very different reality. As DS Veronica Delmar digs deeper into the complex case and gets closer to the teenage victim and her family, she begins to discover some uncanny parallels to her own life.

But something isn't quite right, and with Amie's family life crumbling and DS Delmar's desperate attempt to juggle work, single motherhood and what remains of her life post-marriage splitting at the seams, it isn't long before the foundations of their lives begin to collapse. Whilst Amie races to protect her dark and shrinking world, DS Delmar must confront her own demons and the part they have to play in the case before her.

In a chilling revelation, Stop at Nothing exposes our flaws as human beings and how the prejudices, biases and assumptions we can make can form dangerous conclusions, even about those we love and trust.
More books by this author

Lucy Martin spent ten years as a city lawyer, working in the field of privatisations and joint ventures in Russia and the former Soviet Union. With five languages under her belt, she then set up a language school, which she runs alongside authoring a number of books on language learning and childcare.The First Confession is her debut novel and the first in a series featuring DS Veronica Delmar. Lucy lives in South-West London with her family.