Sidney Chambers And The Shadow of Death 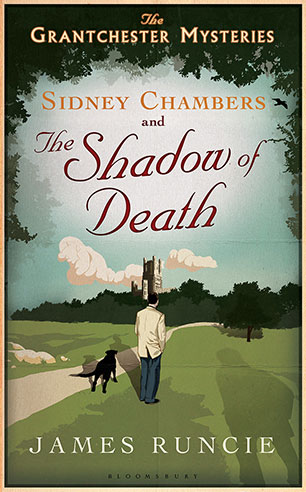 A wonderful new series of six detective novels which move from the Coronation of Queen Elizabeth in 1935 to the wedding of Charles and Diana in 1981.


Sidney Chambers, the Vicar of Grantchester and Honorary Canon of Ely Cathedral, is a thirty-two year old bachelor. Tall, with dark brown hair, eyes the colour of hazelnuts and a reassuringly gentle manner, Sidney is an unconventional clergyman and can go where the police cannot.
Together with his roguish friend Inspector Geordie Keating, Sidney inquires into the suspect suicide of a Cambridge solicitor, a scandalous jewellery theft at a New Year's Eve dinner party, the unexplained death of a well-known jazz promoter and a shocking art forgery, the disclosure of which puts a close friend in danger. Sidney discovers that being a detective, like being a clergyman, means that you are never off duty. Nonetheless, he manages to find time for a keen interest in cricket, warm beer, hot jazz and the works of Tolstoy and Shakespeare - as well as a curious fondness for a German widow three years his junior.

James Runcie is the Artistic Director of the Bath Literary Festival and author of four novels, The Discovery of Chocolate, The Colour of Heaven, Canvey Island and East Fortune. He is also an award-winning film-maker and theatre director and has scripted several films for BBC Television. James Runcie lives in Edinburgh with his wife and two daughters.