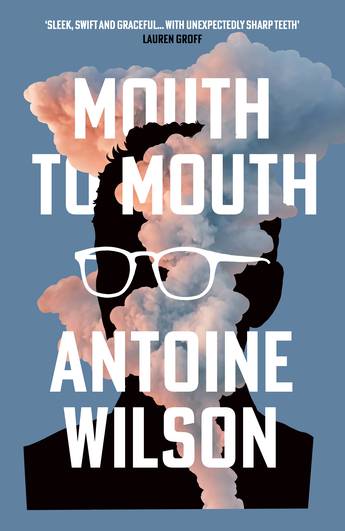 In the great tradition of morally murky narrators such as those in Gone Girl, The White Tiger or The Talented Mr Ripley, comes a compelling, one-sitting literary thriller of imposters and Faustian bargains, in which a man pulls another man from the rough surf...and then wishes he'd just let him drown.

A struggling author is stuck at the airport, his flight endlessly delayed. As he kills time at the gate, he bumps into a former classmate of his, Jeff, who is waiting for the same flight. The charismatic Jeff invites the author to drinks in the First Class lounge, and there, swearing him to secrecy, begins telling him the fascinating and disturbing story of his gilded life, starting with a pivotal incident from his youth...

Alone on the beach one morning, Jeff notices a swimmer drowning in the rough surf - and so he rescues and resuscitates the unconscious man, before leaving him to the emergency services. But Jeff can't let go of the events of that traumatic day, and he begins to feel compelled to learn more about the man whose life he has saved, convinced that their destinies are now somehow entwined. Upon discovering that the man is the renowned art dealer Francis Arsenault, Jeff begins to surreptitiously visit his Beverly Hills gallery, eventually applying there for a job. Although Francis doesn't seem to recognize him, he nevertheless casts his legendary eye over Jeff and sees something of worth - and so he initiates him into his world of unimaginable power and wealth, where knowledge, taste and access are currency, and the value of things is constantly shifting, constantly calling into question what is real, and what matters. As Jeff finds himself seduced by the lifestyle, he pursues a deeper connection with Francis, until morals become expendable and their relationship becomes ever darker, leaving him to wonder... should he have just let Francis drown?
More books by this author

Antoine Wilson is the author of the novels Panorama City and The Interloper. His work has appeared in The Paris Review, Story Quarterly, and Best New American Voices, among other publications, and he is a contributing editor of the literary magazine A Public Space as well as the Los Angeles Review of Books. He lives in Los Angeles.