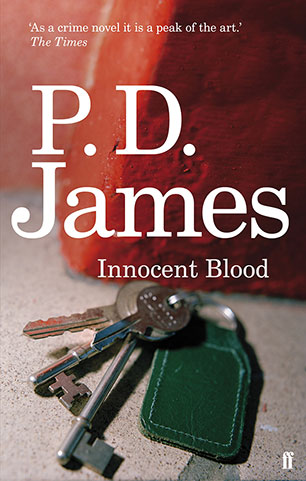 'This novel contains my favourite twist in all of crime fiction. Halfway through this story of an adopted young woman determined to trace her biological parents, there is a twist that made me leap up off my sun-lounger and yell at random holiday makers that they needed to read this book urgently. I won’t say any more - just, please, read it.' - Sophie Hannah

Philippa Palfrey, adopted as a child, believes herself to be the motherless, illegitimate daughter of an aristocratic father. At eighteen she exercises her right to find out the truth. What she discovers will change her life forever. Philippa enters a new and terrifying world and soon comes to realise that she is not the only one interested in her parents' whereabouts. Innocent Blood is both a mystery and a thriller, a superb novel that explores the themes of self-identity and the meaning of life.
More books by this author

P. D. James was born in Oxford in 1920. She has won awards for crime writing in Britain, America, Italy and Scandinavia, including the Mystery Writers of America Grandmaster Award and the National Arts Club Medal of Honor for Literature (US). She has received honorary degrees from seven British universities, was awarded an OBE in 1983 and was created a life peer in 1991. In 1997 she was elected President of the Society of Authors. She lives in London and Oxford.