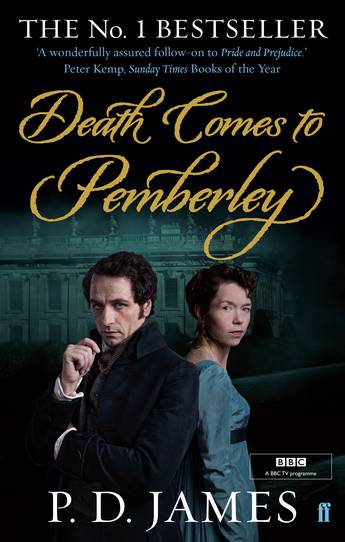 The year is 1803, and Darcy and Elizabeth have been married for six years. There are now two handsome and healthy sons in the nursery, Elizabeth's beloved sister Jane and her husband Bingley live nearby and the orderly world of Pemberley seems unassailable. But all this is threatened when, on the eve of the annual autumn ball, as the guests are preparing to retire for the night a chaise appears, rocking down the path from Pemberley's wild woodland. As it pulls up, Lydia Wickham - Elizabeth's younger, unreliable sister - stumbles out screaming that her husband has been murdered.

Inspired by a lifelong passion for the work of Jane Austen, P. D. James masterfully recreates the world of Pride and Prejudice, and combines it with the excitement and suspense of a brilliantly-crafted crime story. Death Comes to Pemberley is a distinguished work of fiction, from one of the best-loved, most- read writers of our time.
More books by this author

P. D. James was born in Oxford in 1920 and educated at Cambridge High School for Girls. From 1949 to 1968 she worked in the National Health Service and subsequently in the Home Office, first in the Police Department and later in the Criminal Policy Department. All that experience has been used in her novels. She is a Fellow of the Royal Society of Literature and of the Royal Society of Arts and has served as a Governor of the BBC, a member of the Arts Council, where she was Chairman of the Literary Advisory Panel, on the Board of the British Council, and as a magistrate in Middlesex and London. She is an Honorary Bencher of the Honourable Society of the Inner Temple. She has won awards for crime writing in Britain, America, Italy and Scandinavia, including the Mystery Writers of America Grandmaster Award and the National Arts Club Medal of Honor for Literature (US). She has received honorary degrees from seven British universities, was awarded an OBE in 1983, and was created a life peer in 1991. In 1997 she was elected President of the Society of Authors.She lives in London and Oxford and has two daughters, five grandchildren and eight great-grandchildren.