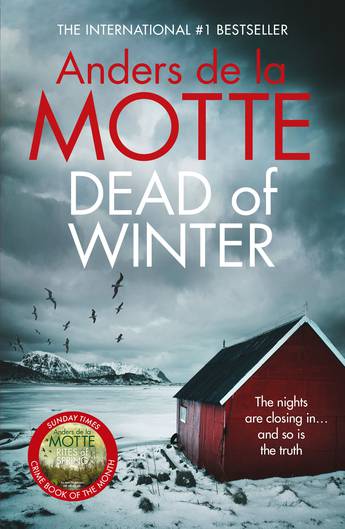 The nights are closing in ... and so is the truth in this tense thriller from Sweden's number one bestselling author. Perfect for fans of Henning Mankell and Val McDermid.

IT WAS ALWAYS GOING TO BE A NIGHT TO REMEMBER

WINTER 1987
Laura is excited to spend Christmas as usual with her beloved aunt Hedda and her friends. But her festive mood soon turns sour as she finds both old faces and new are keeping secrets from her. When a fire claims the life of her best friend, the scars of that night will remain with Laura for the rest of her life.

TODAY
With her aunt's death, Laura inherits the cabin village Hedda used to manage and is forced to return to the town she hasn't set foot in since the tragedy. Laura's presence stirs up repressed emotions in the small community and it isn't long before a series of arson attacks casts suspicion on her. Though Laura is desperate to leave, she learns her aunt discovered something about that fateful night not long before she died.

BUT SOMEONE WANTS THE PAST TO STAY BURIED . . .
More books by this author

Anders de la Motte is the bestselling author of the Seasons Quartet; the first three books of which - End of Summer, Deeds of Autumn and Dead of Winter - have all been number one bestsellers in Sweden and have been shortlisted for the Swedish Academy of Crime Writers' Award for Best Crime Novel of the Year. Anders, a former police officer, also won a Swedish Academy Crime Award for his debut, Game, in 2010 and for his second standalone novel, The Silenced, in 2015.

To date, the first three books in the Seasons Quartet have published over half a million copies. Set in southern Sweden, all four books can be read independently.