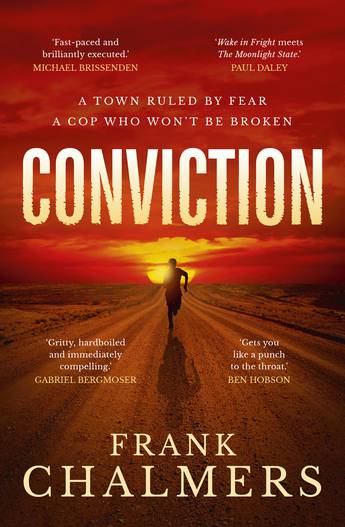 A town ruled by fear. A cop who won't be broken. A pulse-pounding debut thriller that pulls no punches.

Queensland in 1976 churns with corruption. When Detective Ray Windsor defies it, he is exiled deep into the state's west. It's easy out there to feel alien in your own country.

Royalton is a town on its knees, stricken by drought, riven by prejudice, and plagued by crimes left largely uninvestigated by the local police chief, Kennedy, and his elusive boss.

Mutual dislike between Kennedy and Ray gradually turns ugly as Ray and his new partner, Arshag, uncover a pattern of crimes that no one seems concerned about solving. But when two girls from local immigrant families are found dead and another disappears, Ray and Arshag are forced to take the law into their own hands. Not knowing who to trust, nor how deep the corruption runs, how long will it be before their lives are also threatened?

A spare and uncompromising crime thriller that pulls no punches.
More books by this author

Frank Chalmers has a UQ bachelor's degree in Philosophy & Maths, MA(Qual.) in Philosophy, and is a graduate of the Australian Film, Television and Radio School. He has taught high school and at university in Science, Philosophy, Communication Design and Writing. He began a forty-year professional writing career on scripts for drama (feature film, tv series, interactive), documentary, corporate and educational media, moved to conceptual/interaction design for websites and games, and has addressed conferences. He merged all of these skills into Conceptual Designer + Content Developer for museums and interpretive centres. He now writes novels.