All He Saw Was The Girl 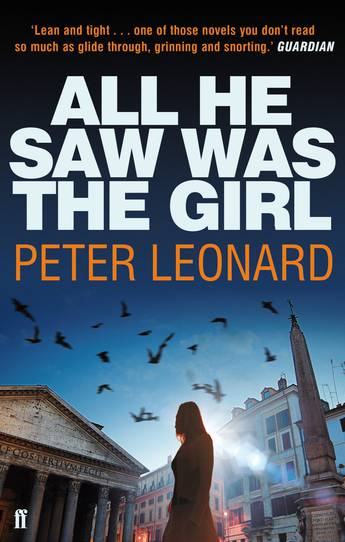 Rome: McCabe and Chip, two American exchange students, are about to become embroiled with a violent street gang, a beautiful Italian girl and a flawed kidnapping plan. Detroit: Sharon Vanelli's affair with Joey Palermo, a Mafia enforcer, is about to be discovered by her husband, Ray, a secret service agent.

Brilliantly plotted and shot through with wry humour, All He Saw Was the Girl takes place as these two narratives converge in the backstreets of Italy's oldest city. A thrilling ride, it once again displays Peter Leonard's genius for exploring the wrong turns that life can take.
More books by this author

Peter Leonard's debut novel Quiver, was published to international acclaim in 2008, and was followed by Trust Me in 2009 and All He Saw Was the Girl in 2010.