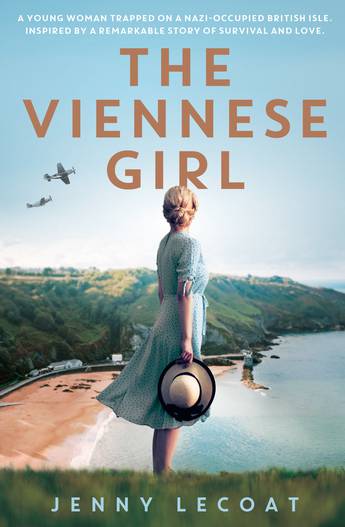 Inspired by the true story of a young Jewish girl - Hedy Bercu - who fled to Jersey from Vienna only to find herself trapped on the island during the German occupation.

In June 1940, the horror-struck inhabitants of Jersey watch as the German army unopposed takes possession of their island. Now only a short way from the English coast, the Germans plan their invasion.

Hedy Bercu, a young Jewish girl from Vienna who fled to the isolation and safety of Jersey two years earlier to escape the Nazis, finds herself once more trapped, but this time with no way of escape.

Hiding her racial status, Hedy is employed by the German authorities and secretly embarks on small acts of resistance. But most dangerously of all, she falls in love with German lieutenant Kurt Neumann -- a relationship on which her life will soon depend.

A remarkable novel of finding hope and love when all seems at its darkest.
More books by this author

Born in Jersey, Channel Islands, Jenny Lecoat's parents were raised under German Occupation, and both families were involved in resistance activity. Lecoat moved to England aged 18, where, following a drama degree, she spent a decade on the alternative comedy circuit as a feminist stand-up. She was nominated for a prestigious Perrier Award in 1986. She also wrote for newspapers and women's magazines (Cosmopolitan, Observer) and presented TV and radio shows, before focusing on screenwriting from sitcom (Birds of a Feather, Sometime Never) to sketch shows (The Catherine Tate Show).

The Viennese Girl Chapter S... by Allen & Unwin on Scribd