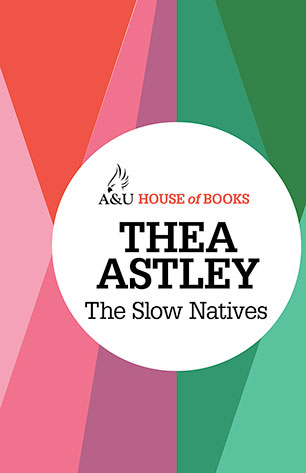 Thea Astley is in top form in this 1965 Miles Franklin Award winner.

'If one saw behind the faces into the hearts, one would die.'

A suburban couple have drifted into the shallows of middle-aged boredom. Their fourteen-year-old son is a stranger, meeting their attempts at love with hostile indifference. Surly at home, he is a dab hand at shoplifting and looks like sliding into delinquency.

Moving from Brisbane to a country convent and the Gold Coast, the novel is a brilliant, witty portrait of the surface of ordinary life. The Leverson family and their connections appear normal but desire and inner emotion are never quite so simple.

Thea Astley was born in Brisbane in 1925 and studied at the University of Queensland. She taught in schools in Queensland and New South Wales, then at Macquarie University in Sydney between 1968 and 1980.

The author of fourteen novels, two novellas and two short-story collections, she won the Miles Franklin Award four times, for The Well Dressed Explorer (1962), The Slow Natives (1965), The Acolyte (1972) and Drylands (2000), which was also nominated for the 2001 International IMPAC Dublin Literary Award. The Multiple Effects of Rainshadow was nominated for the 1997 Miles Franklin Award, and in 1989 she was awarded the Patrick White Award for services to Australian literature. In 1992 she became an Officer in the Order of Australia, and received a special award at the 2002 NSW Premier's Literary Awards for lifetime achievement. She died in 2004.