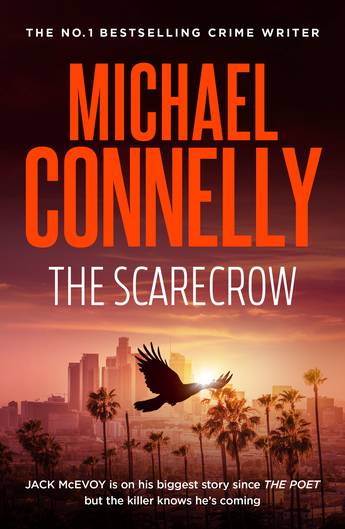 A standalone crime thriller featuring Jack McEvoy, hero of The Poet, from the global bestselling author of Fair Warning.

Jack McEvoy is at the end of the line as a crime reporter. With cuts being made, he's got 30 days left on the job. His last assignment? Training his young replacement. But Jack has other plans. He is going to go out with a bang - a final story that will win journalism's highest honour: a Pulitzer Prize.

Jack focuses on a 16-year-old drug dealer who has confessed to a brutal murder. But he soon realises that the so-called confession is bogus. The investigation leads him to a killer known as The Scarecrow, who has worked completely below the police radar.

Jack is off and running on the biggest story he's had since The Poet crossed his path twelve years before - but The Scarecrow knows he's coming ...
More books by this author More books in this series
Category: Fiction
ISBN: 9781760878771
Publisher: A&U - Connelly
Imprint: Michael Connelly
Page Extent: 560
Format: Paperback - B format