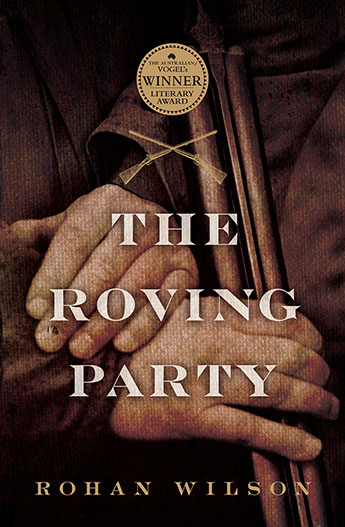 A surprisingly beautiful evocation of horror and brutality - a meditation on the intricacies of human nature at its most raw. Winner of the 2011 The Australian/Vogel's Literary Award.

John Batman, ruthless, singleminded; four convicts, the youngest still only a stripling; Gould, a downtrodden farmhand; two free black trackers; and powerful, educated Black Bill, brought up from childhood as a white man. This is the roving party and their purpose is massacre.

With promises of freedom, land grants and money, each is willing to risk his life for the prize.

Passing over many miles of tortured country, the roving party searches for Aborigines, taking few prisoners and killing freely, Batman never abandoning the visceral intensity of his hunt. And all the while, Black Bill pursues his personal quarry, the much-feared warrior, Manalargena.
More books by this author

Rohan Wilson lived a long, mostly lonely, life until a lucky turn of events led him to take up a teaching position in Japan where he met his wife. They have a son who loves books, as all children should. They live in Launceston but don't know why. Rohan holds degrees and diplomas from the universities of Tasmania, Southern Queensland and Melbourne. This is his first book. He can be found on Twitter: @rohan_wilson.