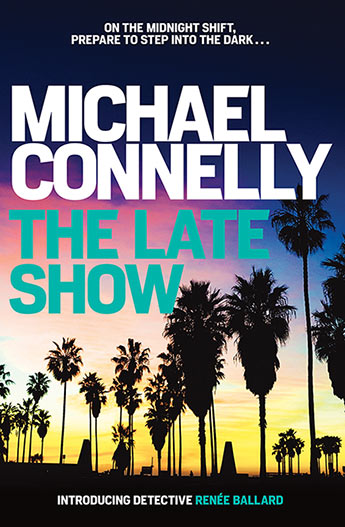 The current #1 fiction bestseller in Australia and the US: a pulse-pounding thriller, introducing a driven, young detective trying to prove herself in the LAPD.
Includes an extract of Two Kinds of Truth, the new Harry Bosch novel to be published in November 2017.

'Excellent series launch ... What follows is classic Connelly: a master class of LAPD internal politics and culture, good old-fashioned detective work, and state-of-the-art forensic science - plus a protagonist who's smart, relentless, and reflective ... once again, he delivers.' - starred review in Publishers Weekly

Los Angeles can be a dangerous city - never more so than in the dead of night.

Renee Ballard works the night shift at the LAPD in Hollywood, beginning many investigations but finishing none as each morning she turns her cases over to day shift detectives. A once up-and-coming detective, she's been given this beat as punishment after filing a sexual harassment complaint against a supervisor.

But one night she catches two cases she doesn't want to part with: the brutal beating of a prostitute left for dead in a parking lot and the killing of a young woman in a nightclub shooting. Ballard is determined not to give up at dawn. Against orders and her own partner's wishes, she works both cases by day while maintaining her shift by night.

As the cases entwine, they pull her closer to her own demons and the reason she won't give up her job - no matter what the department throws at her.
More books by this author More books in this series

Michael Connelly has been President of the Mystery Writers of America. His books have been translated into 39 languages and have won awards all over the world, including the Edgar and Anthony Awards.

BOSCH, the TV series based on Michael's novels, is the most watched original series on Amazon Prime Instant Video and its third series will go to air in 2017. It screens on SBS TV in Australia and on SKY TV in New Zealand.

Michael Connelly lives in Tampa, Florida, with his family.