The Last Days of the National Costume 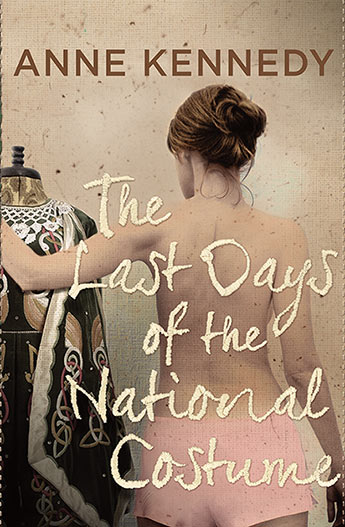 Narrated by one of the funniest, wisest literary observers of all time this is a brilliant, charming and heartwarming novel about illicit love, sewing, blackouts and Belfast.

In a minute she'd beg me to do anything I could to save the garment. That's what they always did. Begged and pleaded. There was usually a lover involved, and a cheated-upon spouse. I, as the mender, would be saving their life. People had actually said I was worth my weight in gold . . .

But it wasn't my skill the clients were grateful for. No. It was my collusion. What lies are worth: their weight in gold.

You'd think that mending clothes would be an uneventful, uncomplicated occupation. No drama, no unnecessary explanations, no personal involvement. But people love to talk, and as they make their excuses to GoGo Sligo, of Megan Sligo Mending and Alterations, they reveal the holes in their stories as well. It doesn't take long for GoGo to get to the truth behind the rips and tears they've brought her to fix.

As GoGo listens and sews, she realises she is also helping her clients cheat and lie to their husbands and wives. She's covering their tracks so they won't be found out.

A five-week blackout brings the city to its knees, and a drama to her doorstep. A lover, a wife, and finally the cheating husband all come to claim a vintage Irish costume that GoGo's been mending. She doesn't want to like the guilty husband, but can't resist being drawn into the enticing web of his deceit, and then into his story of heartbreak and death on the streets of Belfast.

To keep him coming back to the blacked-out house and to prolong the telling of his family's story, GoGo pretends the costume isn't finished. As she makes him return to her, day after day, it becomes clear that another kind of spell is being woven, and GoGo must face the truth about herself and her own life and marriage.

An intoxicating, entrancing, gripping novel of illicit love, passion and embroidery, told in an inimitable voice by a brilliant writer.
More books by this author

Anne Kennedy's first novel was an experimental work titled 100 Traditional Smiles (1988). She then went on to write Musica Ficta (1993) and A Boy and His Uncle (1998). Her most recent work was to write the screenplay for The Monkey's Mask, a highly successful film based on Dorothy Porter's verse novel. Anne is also a well known and award winning poet. She lives between Auckland and Honolulu.