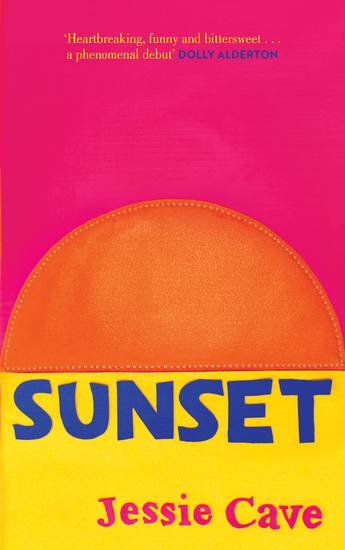 Sunset is the story of two sisters - inseparable until a disastrous holiday leaves one sister heartbroken and alone. A comedy about love, grief and reconciliation.

Sunset is bittersweet love story about putting yourself back together after the sky has fallen in.

Ruth and Hannah are sisters. They build each other up and tear each other down. Even as polar opposites they make each other laugh more than anyone else in the world. Ruth is forever single, aimless and wild while Hannah is radiant, organised and hard-working. Together, they are a force to be reckoned with.

But a summer holiday changes everything, and Ruth finds herself entering a long period of self-imposed exile from the world. Searching for anonymity and facelessness, she takes a job at Heathrow airport serving coffee to a slow-motion carousel of travellers, cabin crew and taxi drivers. But when a face she recognises appears in the blur, she is forced to retrace her steps back to a time when her life had hope and meaning.

Sunset is a novel about needing someone else as much they need you: an ode to our most powerful bonds, how they build us and break us, and how, when all seems lost, we can find joy in the most unexpected places.

Jessie Cave is an actress, writer and illustrator best known for playing Lavender Brown in the Harry Potter films. She has had three critically acclaimed and sell-out solo shows, the most recent of which, Sunrise, has had several runs at the Soho Theatre and toured nationally in 2019. She has featured on 8 out of 10 Cats Does Countdown and Comedy Central's Roast Battle, as well as appearing regularly on Sky One's Trollied. Other drama credits include Call the Midwife, Black Mirror and Glue. She has also had a book of illustrations published, titled Lovesick (Ebury, 2016).