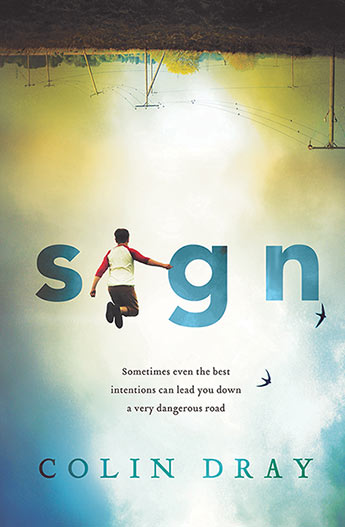 Sometimes even the best intentions can lead you down a very dangerous road.

A captivating novel full of strength, quiet courage and the struggle to overcome silence.

Sam is a young boy recovering from an operation that has left him unable to speak ever again. He lives with his mother and sister Katie, all dutifully cared for by Aunt Dettie, their father's sister, who believes herself sympathetic to his pain.

Their father abandoned the family some time ago, but when their mother begins to date again, Aunt Dettie reacts very badly.

After an unexpected phone call, Aunt Dettie packs Sam and Katie into the backseat of her car and tells them that she's taking them to Perth to be reunited with their father.

As Dettie drives the children across Australia in the middle of a sweltering and dangerous bushfire season, her behaviour becomes increasingly erratic, and the children begin to realise that there is something very wrong.

Voiceless, Sam can only watch helplessly as the family trip becomes a smoke-filled nightmare.
More books by this author

Colin Dray teaches English literature and creative writing. His short fiction has appeared in publications such as Meanjin, and his non-fiction has been published in Australian Literary Studies and Antipodes.

Colin lives in the Illawarra region of NSW with his wife and two daughters.