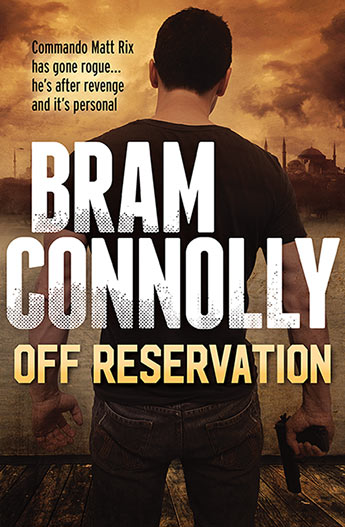 Ultra-tough and ultra-lethal, Australian Commando Captain Matt Rix is one of Special Forces' most lethal operators. But when a training exercise goes horribly wrong, he is given an ultimatum that brings his world crashing down. There is only one choice left to him and that's to go 'off reservation'.

What follows is the frantic pursuit of escaped Taliban commander Faisal Khan. Chasing Khan across Turkey would be easy; stopping a nuclear weapon he has received from falling into the hands of the world's most feared terrorist organisation, that's going to be the hard part.

Rix might be disgraced and discarded, but he should never be underestimated. Nothing is ever as it seems…


On The Fighting Season

'…military fiction of the first order: as tough as nails and packed with insider knowledge of someone who has done it for real.' Matthew Reilly

'Action packed, gritty and authentic to the core.' Merrick Watts
More books by this author

As a Special Forces officer, Bram Connolly served several tours in Afghanistan and was awarded the Distinguished Service Medal for leadership in combat. He takes you deep into the world of high-intensity combat few have experienced. His first book, The Fighting Season, was published in 2016.

Off Reservation Chapter Sampler by Allen & Unwin on Scribd