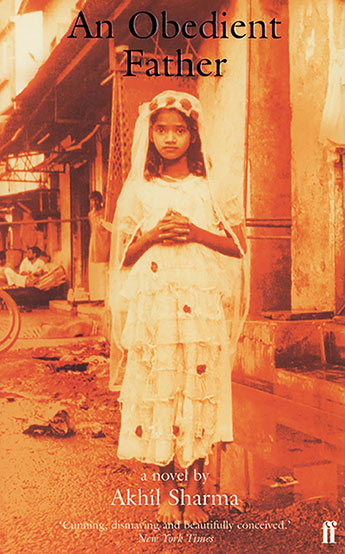 Download cover
Availability: Not available to order from this website, please try another retailer
Ram Karan, a corrupt official in the Delhi school system, lives in one of the city's slums with his widowed daughter and his eight-year-old granddaughter. Bumbling, ironical, sad, Ram is also a man tortured by a terrible guilty secret. When Rajiv Gandhi, the soon-to-be Prime Minister, is murdered, the country is plunged into confusion and Ram, as his department's resident bribe-collector, is trapped in a series of escalating, potentially deadly political betrayals. While he tries to protect himself and his family, his daughter reveals a crime that he had hoped would be buried forever. An Obedient Father takes the reader to an India that is both far away and real - into the mind of a character as tormented, funny, and morally ambiguous as one of Dostoevsky's anti-heroes. This is a subtly rendered tragicomedy of contemporary India by an enormously gifted young writer.
More books by this author

Akhil Sharma was born in Delhi in India and emigrated to the USA in 1979, where he lived in New Jersey. He studied Public Policy at Princeton and Law at Harvard Law School. After graduating in 1992, he spent a year as a Wallace Stegner fellow in fiction at Stanford.Akhil Sharma now works as an investment banker and lives in New York City. He has worked in India for United Press International and also for various grass roots development organisations.His stories have been published in the New Yorker and in Atlantic Monthly, and have been included in The Best American Short Stories and O. Henry Prize Collections. He has also supported himself as a screenwriter for television and film.An Obedient Father won the 2001 Hemingway Foundation/PEN Award.