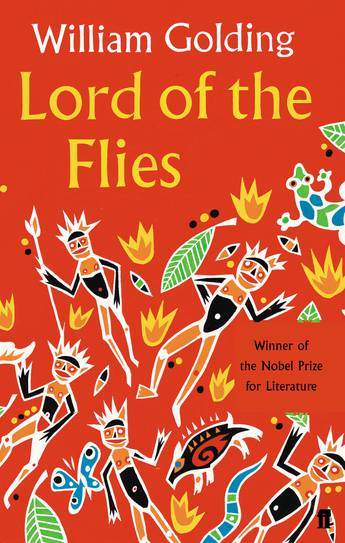 First published in 1954, Lord of the Flies is one of the most celebrated and widely read of modern classics.

A plane crashes on an uninhabited island and the only survivors, a group of schoolboys, assemble on the beach and wait to be rescued. By day they inhabit a land of bright fantastic birds and dark blue seas, but at night their dreams are haunted by the image of a terrifying beast.

In this, his first novel, William Golding gave the traditional adventure story an ironic, devastating twist. The boys' delicate sense of order fades, and their childish fears are transformed into something deeper and more primitive. Their games take on a horrible significance, and before long the well-behaved party of schoolboys has turned into a tribe of faceless, murderous savages.

First published in 1954, Lord of the Flies is now recognized as a classic, one of the most celebrated of all modern novels.

William Golding was born in Cornwall in 1911 and was educated at Marlborough Grammar School and at Brasenose College, Oxford. Before he became a schoolmaster he was an actor, a lecturer, a small-boat sailor and a musician. A now rare volume, i>Poems, appeared in 1934. In 1940 he joined the Royal Navy and saw action against battleships, submarines and aircraft. He was present at the sinking of the Bismarck. He finished the war as a Lieutenant in command of a rocket ship, which was off the French coast for the D-day invasion, and later at the island of Welcheren. After the war he returned to Bishop Wordsworth's School in Salisbury and was there when his first novel, Lord of the Flies, was published in 1954. He gave up teaching in 1961.

Lord of the Flies was filmed by Peter Brook in 1963. Golding listed his hobbies as music, chess, sailing, archaeology and classical Greek (which he taught himself). Many of these subjects appear in his essay collections The Hot Gates and A Moving Target. He won the Booker Prize for his novel Rites of Passage in 1980, and was awarded the Nobel Prize for Literature in 1983. He was knighted in 1988. He died at his home in the summer of 1993. The Double Tongue, a novel left in draft at his death, was published in June 1995.